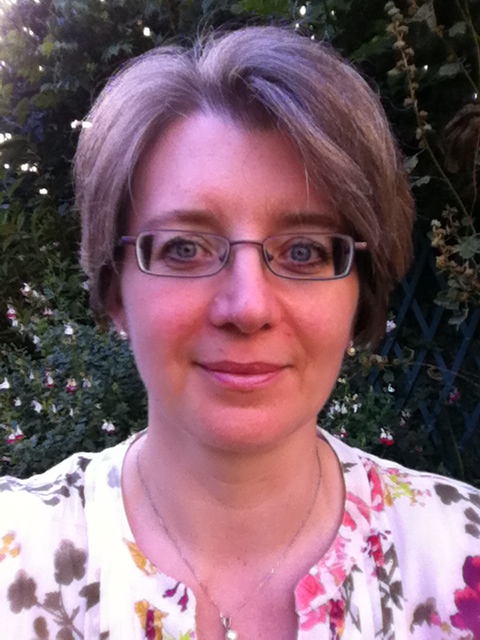 Laurence has worked in the research lab at Bell Labs France, Nokia (formerly Alcatel-Lucent), since 1996. As an engineer responsible for quality, she joined the lab’s external affairs management team in 2009. Her somewhat unusual educational background (receiving her doctorate early from the Université de Technologie de Compiègne (UTC)), allowed her to work in the research sector, an operational sector that is particularly close to her heart.

I first worked as a research engineer, then I led a small research team. I was interested in the cross-disciplinary aspect of it all. After that I moved towards the role of Quality Manager within the lab, a position that I held for 8 years. Then I wanted to work on setting up collaborative research projects (those involving public or private partners outside of the lab) to open myself up to new skills. So, I joined the lab’s external affairs management in 2009.

What was your journey before joining your current company?
I have a doctorate from the Université de Technologie de Compiègne (UTC), specializing in Applied Mathematics – Complex Systems. After I graduated, I joined my current company – I was delighted and I’m so lucky to work in the research sector.

What are your responsibilities?
As an engineer in the external affairs department, I work in tandem with the scientific managers. I support the teams of researchers in setting up projects, and then making sure their collaborative projects run smoothly. My responsibilities are diverse and varied.

To put it simply, the researchers come to me whenever they need some help. For example, I get involved as a referee and ensure that European Commission procedures are implemented on projects that are submitted and then led by the lab; I take part in checking project proposals, I write guides to ensure that European procedures are implemented, and so on.
The management of some projects is sometimes entrusted to me… that list isn’t exhaustive, but that’s what makes my job so exciting.

I work with researchers but also the finance and legal teams. There’s no typical day because each one is so different and enriching.

Which projects are you particularly proud of?
Between 2010 and 2013, I coordinated two European-level projects with one of the scientific managers, it was all about ‘telecommunications networks of the future’.

The ULOOP project (User-Centric Wireless Local Loop), focused on using user cell phones as relays for accessing the internet.
The MEDIEVAL project (Multimedia Transport for Mobile Video Application), focused mainly on mobile video.
We’ve received some hugely positive feedback from our partners and the European Commission. It’s enormously gratifying for us, to see our work recognized at that level.

In your opinion, what do you need to really flourish in this sector?
It’s preferable to have worked as a researcher for a few years beforehand, that gives you a better overview of the needs of researchers and helps you be a real support on the team.

To join Bell Labs as a researcher, you should hold a doctorate, either in optics, physics, applied mathematics, networks, IT or digital technologies in a wider sense. Bell Labs France also welcomes (and recruits, on 36 month contracts) young graduates (engineering masters) who are interested in completing their thesis within the framework of CIFRE conventions. Having earned their doctorates, and defended their theses, they can then be recruited by Bell Labs France as a permanent member of staff.

What message would you like to give to students?
You need to be bold and ready to make things happen! Don’t hesitate to take the initiative and take responsibility. With technological progress, and the tools we all now have at our fingertips when studying or working, helping to integrate people with disabilities, the possibilities are really growing each and every day. 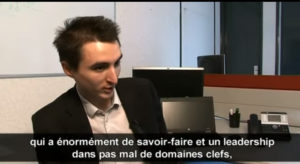 It was the association that created the link between myself and the Alcatel Lucent human resources... 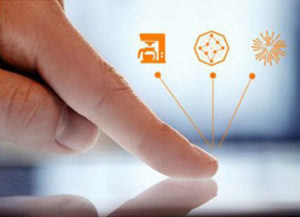 Thomas currently works as a Production Development Engineer within the Digital Business Department...